A small group of experienced captains of industry is selected to cast their votes for the Awards categories ‘Best Deal’ and ‘Best Deal Mid-Cap’. 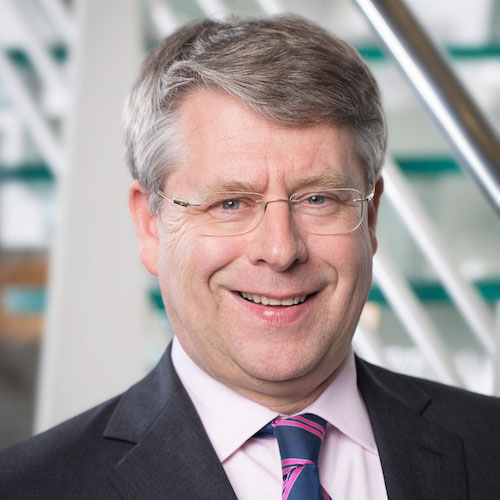 Founder & CEO at Dennendonck Investments and former CEO of Mediq

Founder & CEO at Dennendonck Investments and former CEO of Mediq

Marc van Gelder is founder & CEO at Dennendonck Investments and former CEO of Mediq. Currently, he is Supervisory Director at Hans Anders and VastNed Retail and active as a non-executive director of the JP Morgan European Smaller Companies Trust PLC. He is also Supervisory Director at Action and Quantib. Marc is chairman of the Board of Trustees of the Diabetes Fund and is also involved in the the Netherland-America Foundation.

Marc earned his Bachelor of Economics, Master of Finance at Erasmus University in Rotterdam and his MBA at the Wharton School of the University of Pennsylvania. 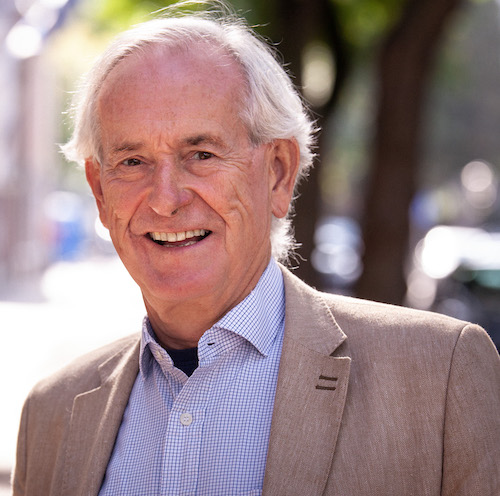 Koos earned his Master of Science Mechanical Engineering at Delft University of Technology and Bachelor Business Administration at Rotterdam University. 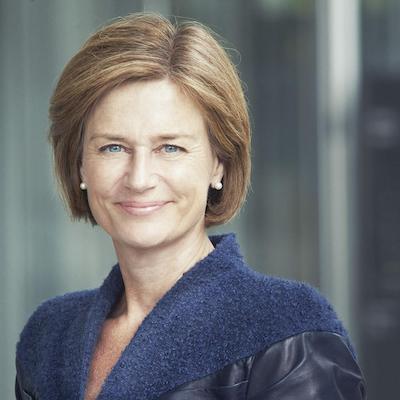 Heleen’s expertise and experience focus on mergers and acquisitions, equity capital markets, corporate law and corporate governance. She acts on behalf of leading domestic and international clients, both listed and privately held. From 2008 to 2013, she held the position of managing partner in Amsterdam whilst remaining active in her areas of specialism.

Practising at Stibbe from 1989 to 1992, Heleen subsequently joined Davis Polk in New York, and then later moved to their London office. In 1994, she returned to Stibbe Amsterdam and has practised there ever since. Heleen holds a master’s in Dutch law and a master’s in tax law, both from Leiden University. In 1988 she studied at Florida University on various corporate and tax courses, and in 1992 she undertook an orientation of American law at California University. Heleen has published articles in the areas of mergers and acquisitions and corporate governance. 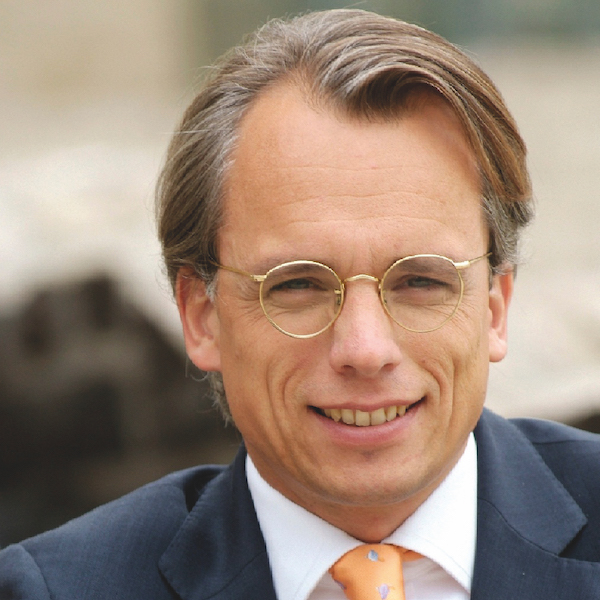 Maurits is partner at Axeco and has a very broad corporate finance background in both equity capital markets and M&A Advisory and has been active as a corporate finance advisor for more than 20 years. Between 1993 and 2008, he was active at ABN AMRO, after which he transferred to ING Bank. Within ING Wholesale Banking, he was ultimately responsible for the international Corporate Finance platform and led the Corporate Clients departments and various product groups in the Netherlands. In 2009, 2013 and 2015, during the annual Alex van Groningen M&A Gala, Maurits was voted best M&A advisor in the Netherlands, and under his leadership, ING Corporate Finance was also voted best M&A House in the Netherlands. In 2018, Maurits was Managing Director, Head of Corporate Finance and Client Coverage Benelux at Deutsche Bank. 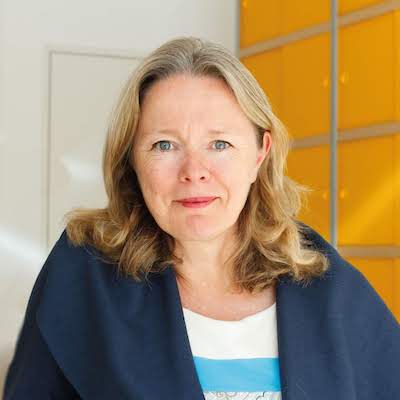 Cilian is Partner at Karmijn Kapitaal. Jansen Verplanke has over 30 years of experience in the financial sector, including private equity and commercial banking at ABN Amro and Rabobank. 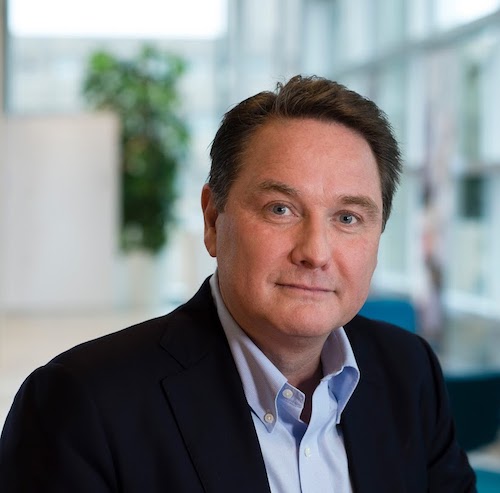 Head of Strategy, M&A and Partnerships at Philips

Head of Strategy, M&A and Partnerships at Philips

Stewart McCrone started his career in 1988 at Philips as financial controller and became CFO of Philips’ television sector in 2000. His positions included Head of Investor Relations, CFO of Philips Lightning, Head of M&A and he is Head of Strategy, M&A and Partnerships at Philips.

Stewart McCrone graduated from Edinburgh Napier University and the University of Sterling and went to Harvard Law School where he studied Negotiation & Leadership. Stewart was awarded the honour of ‘Best M&A Team in the Netherlands’ in 2016 from the Dutch Private Equity and M&A Awards. 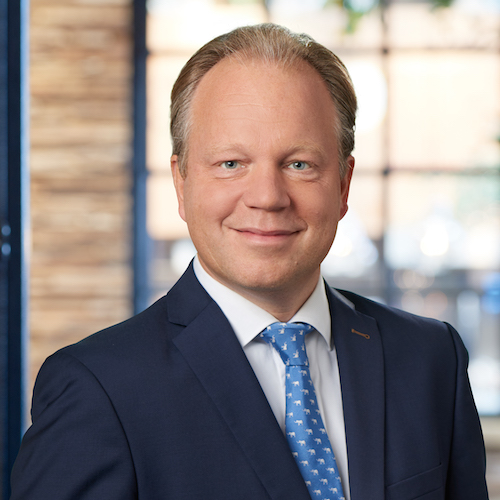 Since 2004, Ton van Veen has been CFO and a member of the board of directors of supermarket chain and family business Jumbo. The Financieel Dagblad called him ‘the 900-million-euro man’. The nickname refers to his role in the rapid growth of the company through the acquisitions of Konmar (in part), Super de Boer and C1000. In addition, he played a leading role in the takeovers of La Place, EMTÉ and Smulweb by Jumbo and was closely involved, as President of the Supervisory Board of Prinsen Food Group, in the sale of that company to Bencis Capital Partners in 2016.

Van Veen studied Business Economics at Erasmus University in Rotterdam. Before becoming CFO at Jumbo, from 1997 to 2004 he held various management positions at Campina, including CFO of Campina Germany and Campina International. Between 1993 and 1997, he held various financial management positions at KPN. In addition to his role as Director at Jumbo, Van Veen is a member of the Supervisory Board of PSV and Rituals and is President of the Supervisory Board of the combined skating and cycling team Jumbo-Visma. 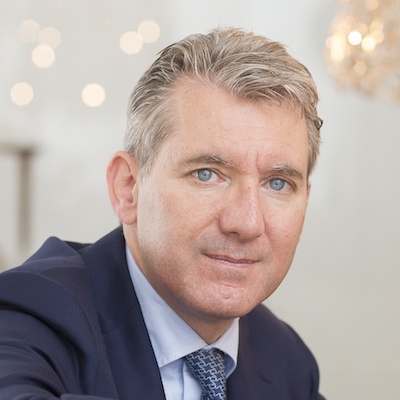 Founder and Management Partner of Antea

Founder and Management Partner of Antea

Robert is Founder and Managing Partner of Antea. In 1992, within Staal Bankiers, he developed the unique formula of a private equity firm for small and medium-sized businesses in which the capital is raised by Informal Investors. From that moment on, he was in charge and managed Staal Participaties. 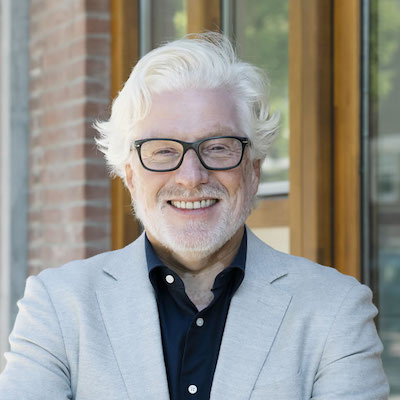 Rob is the founder and Managing Partner of NewPort Capital and has 25 years of experience in the field of Private Equity and M&A. In recent years, he was Partner at Bencis Capital Partners, where he initiated, supervised and realised various successful investments with the management teams involved. Rob was Partner at Boer & Croon Corporate Finance from 2004 to 2012, and Managing Partner of the Boer & Croon Group from 2008 to 2011. Prior to that he was involved for nearly 10 years in Turnpoint, an M&A boutique in Rotterdam. Rob started his career at Deloitte in 1993 after completing his studies in business finance and accountancy at the Erasmus University in Rotterdam. 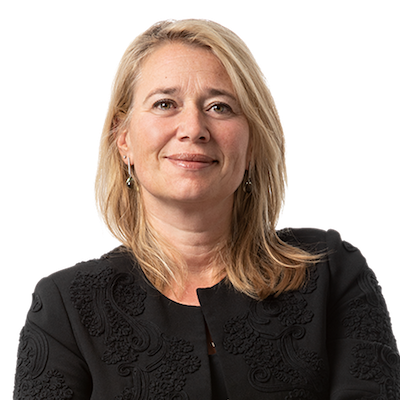 Since 2017 Brigitte is leading the NIBC Mezzanine and Equity Partners (MEP) team. The MEP team offers flexible capital/investment structures which vary from minority equity participations to mezzanine loans. The MEP team manages a portfolio of over EUR 300m. Before NIBC she worked for 15 years at ABN AMRO in areas of Leveraged Finance, Corporate Development and thereafter M&A and investment positions at ING CF, VEON, Inkef Capital and Convent Capital. 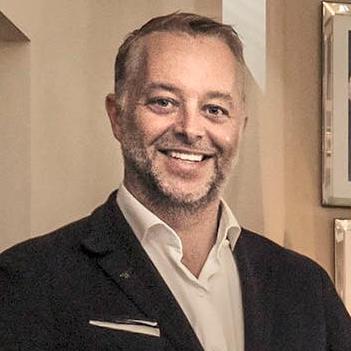 Maasbert Schouten is a real entrepreneur. He founded several companies, including AFAB Holding NV (from sole proprietorship to holding company with 1,000 employees), bought and sold all shares of professional football club Vitesse, became a well-known appearance in many (business) magazines, such as Quote. He is currently active as a director and business advisor, but mainly as an investor as CEO of NV MaasInvest. 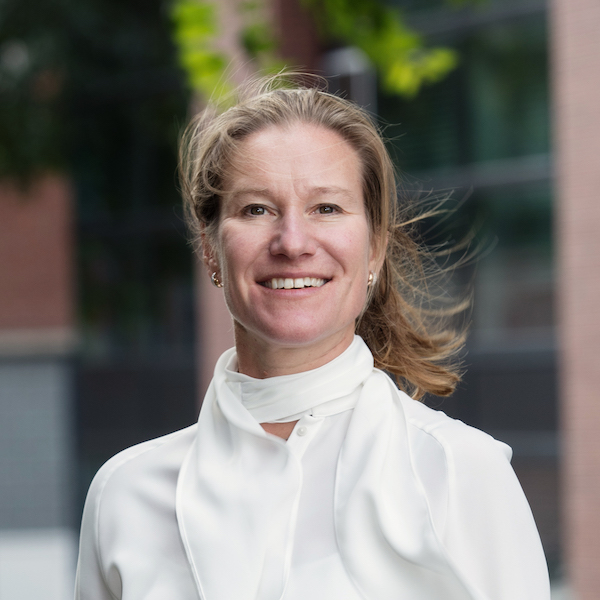 Head of Mergers and Acquisitions at KPN

Head of Mergers and Acquisitions KPN

Tanja Kramer is responsible for the Mergers & Acquisitions department of KPN, heading a team of 5 M&A professionals. Started her career as consultant developing 3D-simulation models and worked eight years at ABN AMRO (RBS) in the Corporate Finance team thereafter. Tanja earned her Master of Science Econometrics at the University of Amsterdam and her International MBA at University Nyenrode in Breukelen. 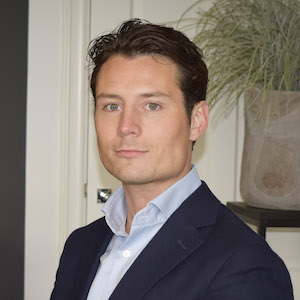 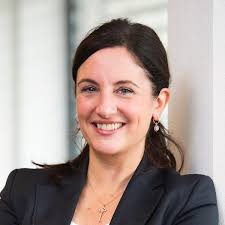 Christiane has 20 years of relevant expertise in Financial Controlling, Business Modeling and Value Creation, Problem Solving, Planning & Analysis and M&A. She worked and lived in Germany, Singapore and The Netherlands.
Since 2015, Christiane is working as Finance Lead of the Mergers, Acquisitions and Divestments department in Philips. She oversees Financial Due Diligence and DD Vendor Engagement, the Finance Integration/Carve-out Strategy and finance related integration/disentanglement activities. She also is responsible for M&A Budget Control and Post Integration Performance Reporting. Through her role, she was involved in the IPO divestment of Philips’ Lighting division in 2016 and in more than 20 acquisition projects that Philips had worked on over the past 4 years.
Christiane holds a degree as Executive Master of Finance & Control (University of Maastricht) and a Diploma in Business Administration (University of Hamburg, Diplom-Kauffrau). She is Lean Six Sigma certified (Black Belt). 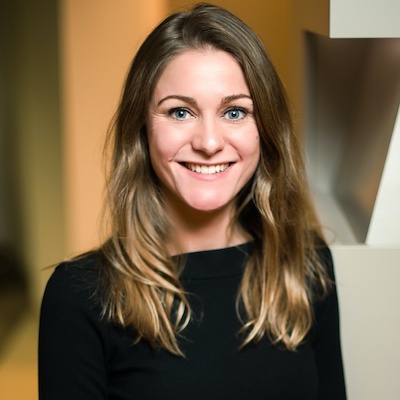 Willianne van Zandwijk is managing partner and head of the corporate M&A practice of NautaDutilh’s London office. Willianne is an all-round transaction lawyer, advising a variety of corporate clients and financial investors on cross-border and domestic M&A transactions, with a particular focus on transactions in the infrastructure, real estate and private equity sectors. Willianne is a member of the Private Equity Team. 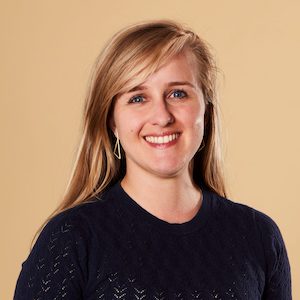 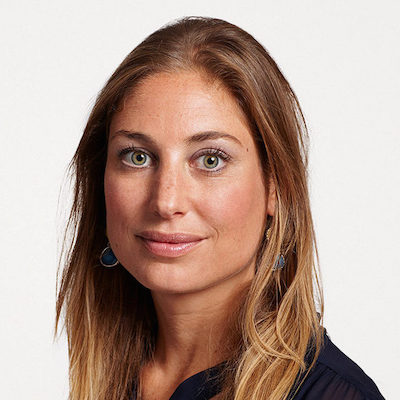 Hanneke specialises in public transactions, capital markets as well as private M&A and private equity. She has been involved in numerous public M&A deals, including strategic takeovers, public-to-privates and cross-border mergers.

She also advised both banks and issuers on a wide range of ECM transactions including initial public offerings, rights issues and accelerated bookbuild offerings and regularly assists listed companies in their continued compliance with financial markets regulations, such as market abuse, stock exchange rules and ongoing obligations. 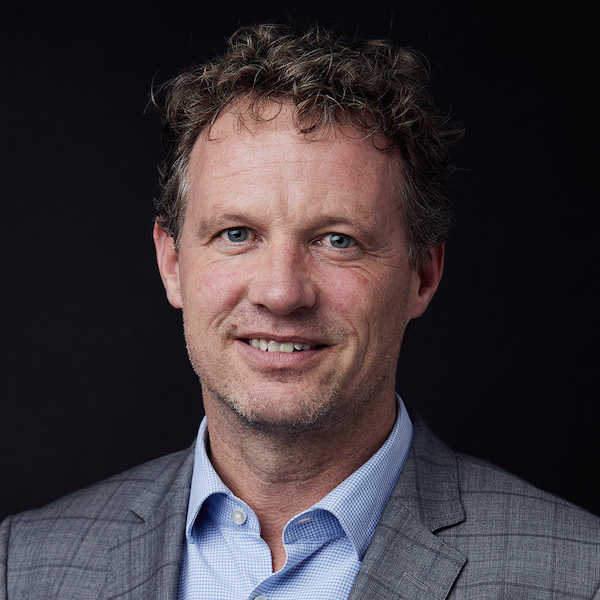 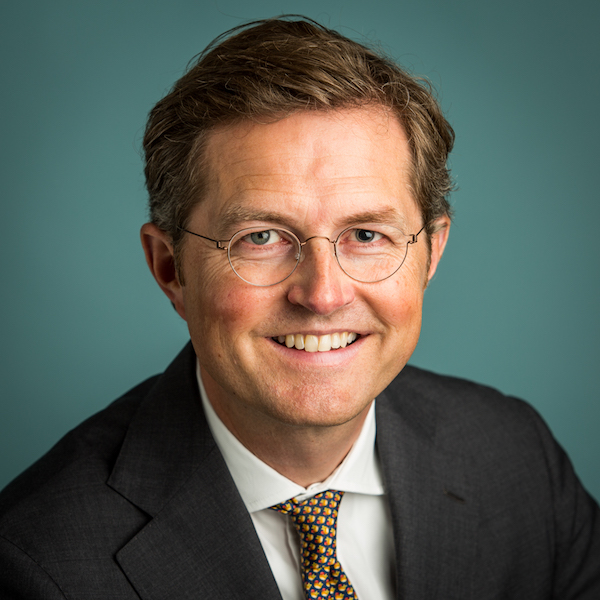 Managing Director and Head of Benelux at Lincoln International

Managing Director and Head of Benelux at Lincoln International

Eric spearheads business development and mergers and acquisitions (M&A) activity for Lincoln International in the Benelux, a region where the private equity industry continues to develop and is increasingly considered as one of the most attractive asset classes.

Prior to founding Lincoln’s Amsterdam office, Eric was a Managing Director within the financial advisory practice at Lazard, helping to establish its Amsterdam office, and also worked in the firm’s London and Paris offices. He started his career with ING Bank and transferred to London following the acquisition of Baring Brothers & Co where he worked prior to moving to Lazard’s London office. 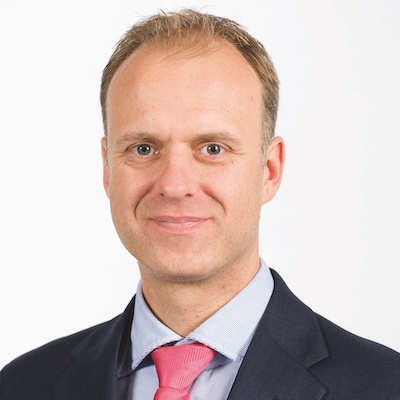 Remco is a Transaction Services partner with more than 20 years experience in the M&A market. Remco is a member of the Board of Management of PwC Advisory NV and leads the Private Equity practice in Europe. He is well known in the European DD market and multiple M&A award winner in the Transaction Services category. 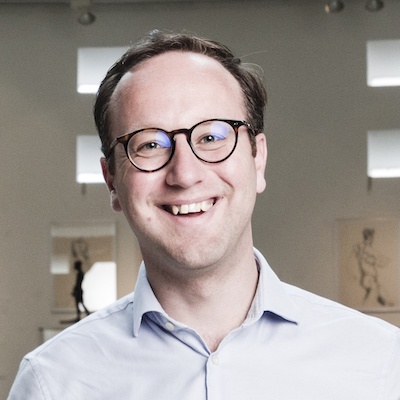 Ronald is a Vice President at HPE Growth where he is responsible for sourcing, evaluating and deal execution of prospective investment opportunities in European growth stage technology companies as well as supporting HPE Growth’s portfolio companies WeTransfer, Tiqets, Uberall and Airborne International with their respective growth strategies. In addition, Ronald is an advisory board member at VEECEE which is a pan-European network of Venture Capital and Growth Capital professionals. In 2019, the Dutch M&A Association acknowledged Ronald as the Best Young Private Equity Manager in the Netherlands.

Prior to joining HPE in June 2016, Ronald was an Associate in the Private Equity division of Dasym Investment Strategies, which is a global TMT investment boutique, where he was among others assisting on a number of private equity investments in the media, consumer and internet sectors. Before joining Dasym, Ronald was in the Investment Banking Department of Morgan Stanley. 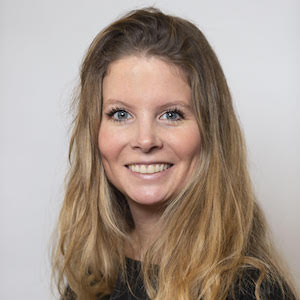 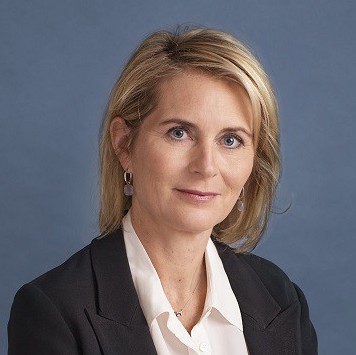 Partner and lawyer at AKD

Partner and lawyer at AKD

Nathalie van Woerkom is a lawyer and partner at AKD. Nathalie specialises in mergers, acquisitions and private equity. She also advises on various aspects of distressed M&A. Nathalie is the trusted adviser of many of the Netherlands’ leading private equity firms. Chambers Global, Legal 500 and IFLR1000 recognise Nathalie as a leading individual. Her clients praise her as an “excellent negotiator and a great team leader”.